Thank you! Your submission has been received!
We will get back to you as soon as possible

LUSSO VELOCE
Oops! Something went wrong while submitting the form.

Offered for sale is this phenomenal Ducati 888 Corse !

This bike has the richest race history we have ever seen with riders like Steve Hislop, Robert Dunlop, Trevor Nation, Jeremy McWilliams and Ray Stringer all having run it at top level. The bike has run at World Superbike, British Superbike, Daytona, Isle of man TT, NW 200 and Supercup to name a few!

The last man to run this bike at high level was Ray Stringer in 95 as team mate to Hislop in the Devimead team (BSB). As he is a local man to the shop I took the bike to his house and asked him to sign and verify the bike. He was immediately able to recognise parts that he had made like the fluid reservoir holders and the unique Stelram top yoke made by his friend and was in no doubt this was his old machine.

Currently running a 986 long stroke motor with minimal mileage and an electric start has been added so the bike could easily be used at Spa, Donnington and Dijon etc to parade or even track day

No items found.
Do you have more question about this vehicle?
Enquire about this Vehicle

More Vehicles
From this brand 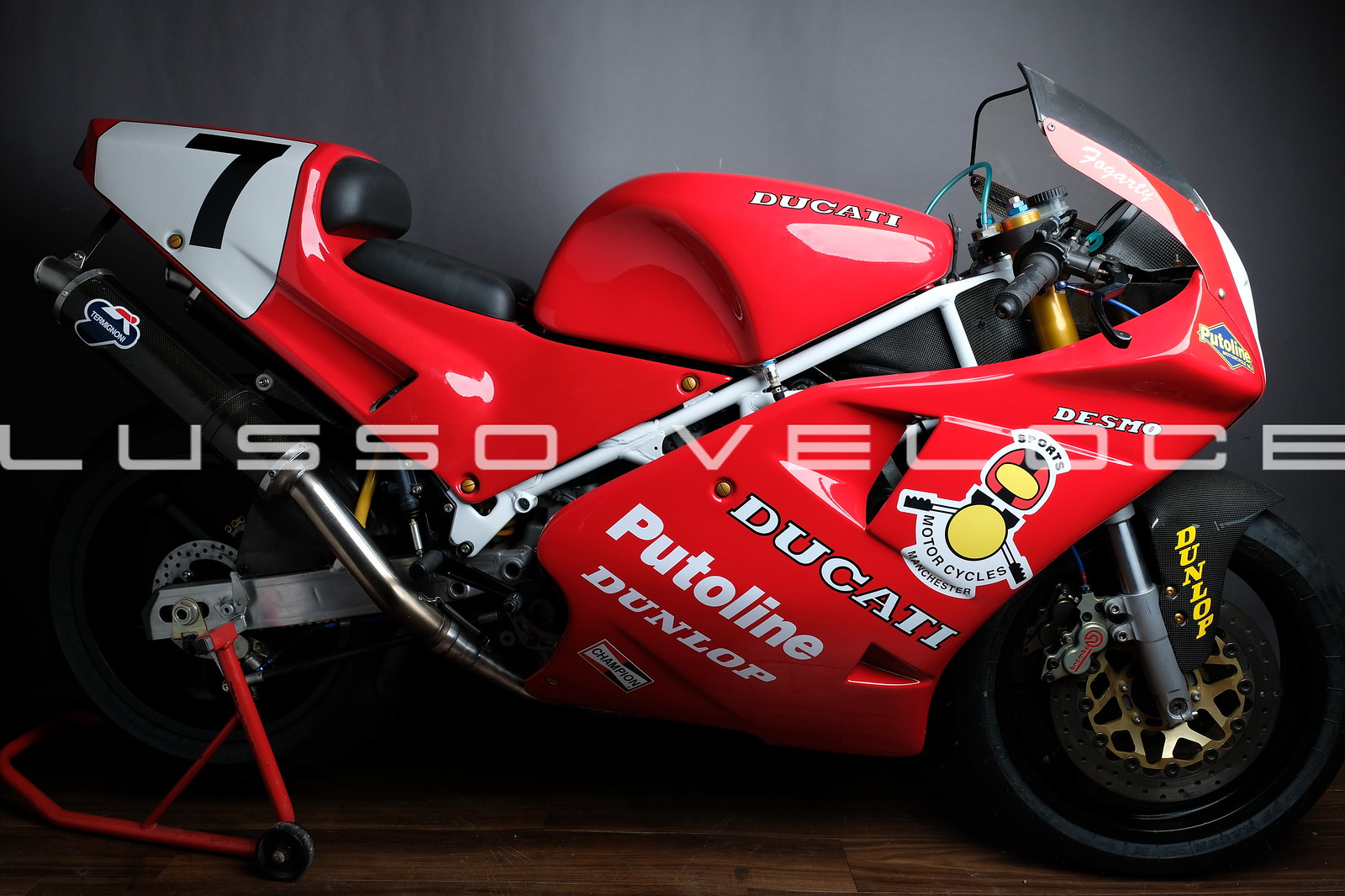 Exceptional 888 Corse with some great history 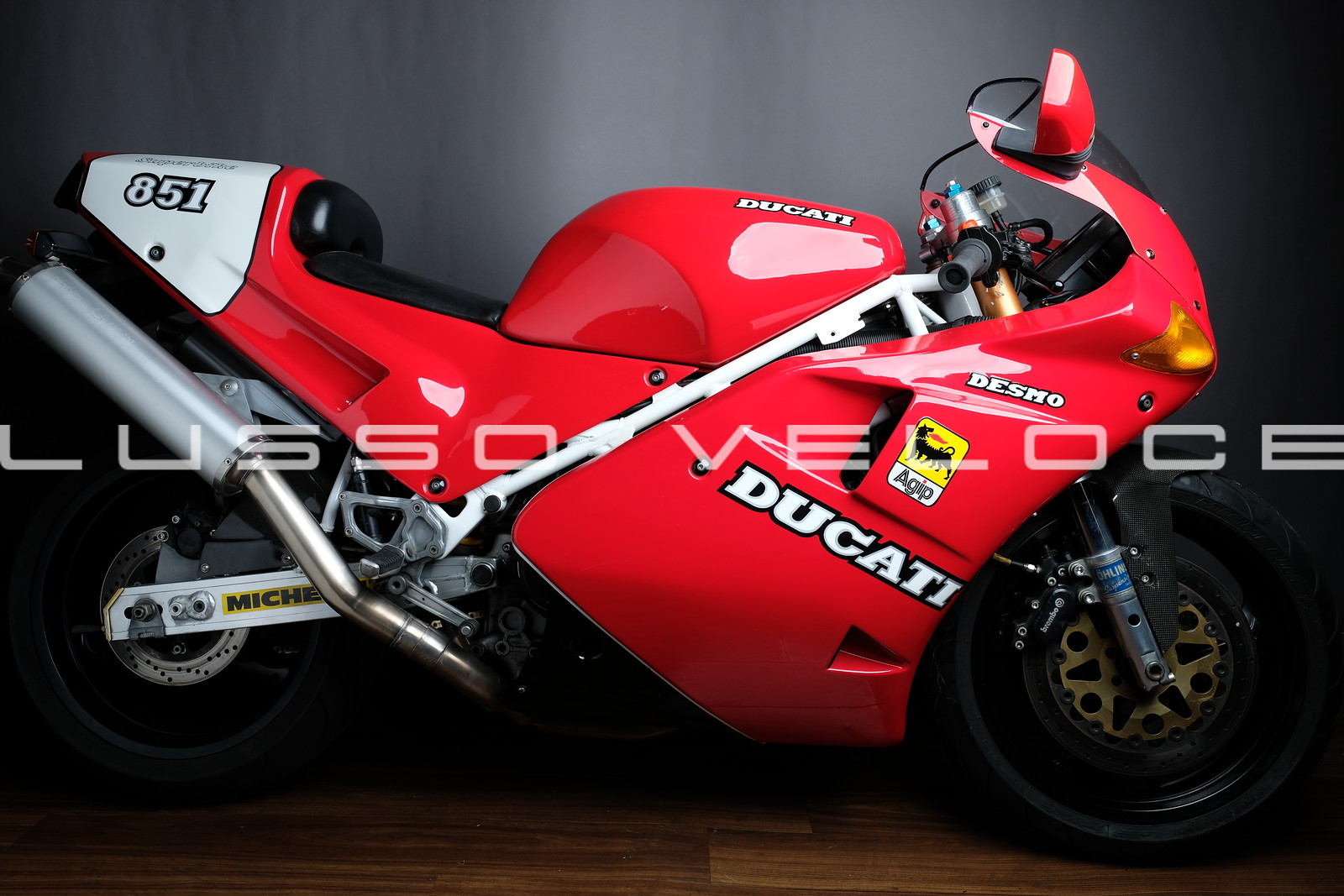 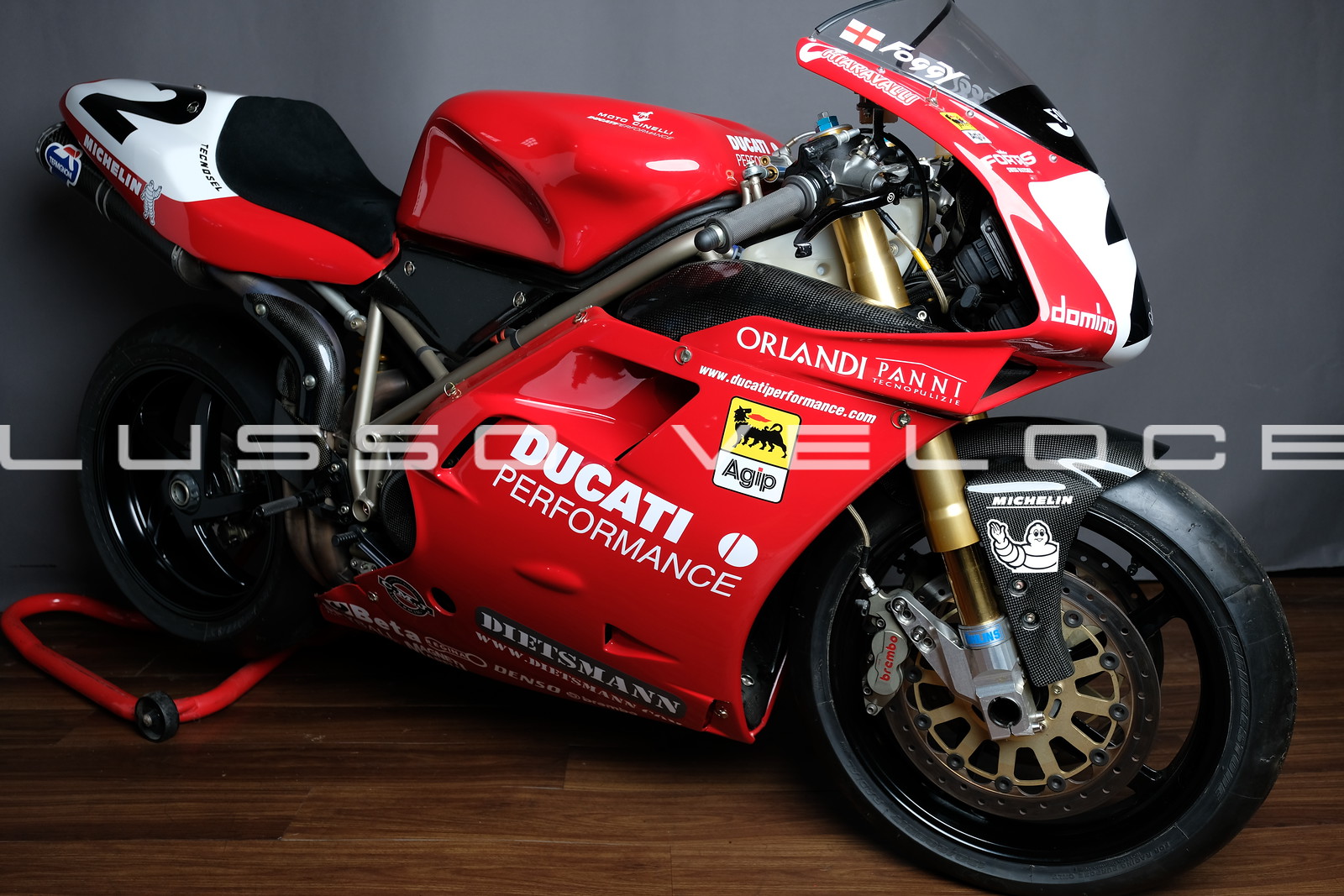 Stunning 996 RS in the best livery ever