Thank you! Your submission has been received!
We will get back to you as soon as possible

LUSSO VELOCE
Oops! Something went wrong while submitting the form.

Offered for sale is this exquisite YART Rossi M1 Yamaha

First owned by Paul Hollywood this is a perfect example of one of the worlds most exclusive bikes! just 46 made with breathtaking details and spec this is really something special to own.

In recognition of Petronas 46th anniversary, and no doubt somewhat of a coincidence that the world famous number 46 Valentino Rossi has signed for the team, Yart (Yamaha Austrian Racing Team) produced only 46 units of this race replica R1 with only 4 officially coming to England.

The certificate, and goodies are with the bike of course, as shown in pictures.
Also included are the Yamaha front and rear paddock stands.


History:
The project was commissioned by YART and supported by Yamaha and Petronas Yamaha Sepang Racing Team which is the MotoGP squad.
This limited edition Moto GP replica is based on the Yamaha Moto GP bike and features a serious of incredible performance upgrades.

Dubbed the celebration of the Petronas 46th Anniversary, although it was fairly obvious that the imminent announcement of the famous number 46, Valentino Rossi’s signing to the team no doubt played a large part in the whole trend of number 46’s associated with the bike.
At the time of announcing this special limited edition, the signing was not confirmed so the link between Rossi and this limited edition bike was played down.

Now Rossi has moved to the team, it will no doubt go down in history as being the ‘Rossi Edition’ celebrating his move to the team and his long term links to Yamaha themselves.


Body & Paintwork:
These bikes feature a Genuine Yamaha Technology for Racing (GYTR) full carbon fairing kit, including tank cover, and tail piece. It also of course has the MotoGP winglets.

Absolutely stunning colour scheme which has to be seen in the flesh to appreciate the impact of the overall colours/livery.
The bike is covered with Petronas Yamaha SRT livery, which is supplied by the same company that paint the team’s MotoGP race machines.

The seat is beautiful, the number is printed on the top yoke, and all the small details really do make this a very special bike indeed.

Of course, being brand new and in unused condition, the bike has no damage, no marks and looks superb.


Trim:
Everything on this bike screams ‘special’, from the racing dashboard to the GYTR racing handle bar switch gears, to the rear fog light.

The specification is too long to list, but we can of course send it across to any interested parties.
Of course, being brand new and in unused condition, the bike has no damage and no marks to any of the trims/switches.

With such a saving on weight through the vast and impressive spec list, the power has not required much attention, but a GYRT ECU upgrade with wiring harness and a Akrapovic exhaust system have helped unleash more power, and just like on the racing bikes it features quick action throttle.

Of course all other elements have not been overlooked, with a racing aluminum radiator, GYTR casing covers, locked wired oil cap…. and the list goes on.

Even just on start up, you know this is a very special machine, and it sounds absolutely fantastic!

As it was designed for track use, GYTR fitted a rear-wheel quick-change system, to make replacing the rear wheel quicker following a tyre change.
The bike is fitted with GYTR racing footrests, GYTR switch gears, GYTR racing fuel cap… the list goes on and on.

The braking system is provided by Brembo and comes with GP4-RX callipers and T-Drive discs.
The Yamaha R1 MotoGP replica is equipped with Brembo remote brake adjuster and clutch levers.
The bike is supplied with Michelin race slicks fitted front and rear to the seven-spoke Marchesini wheels.

No items found.
Do you have more question about this vehicle?
Enquire about this Vehicle

More Vehicles
From this brand 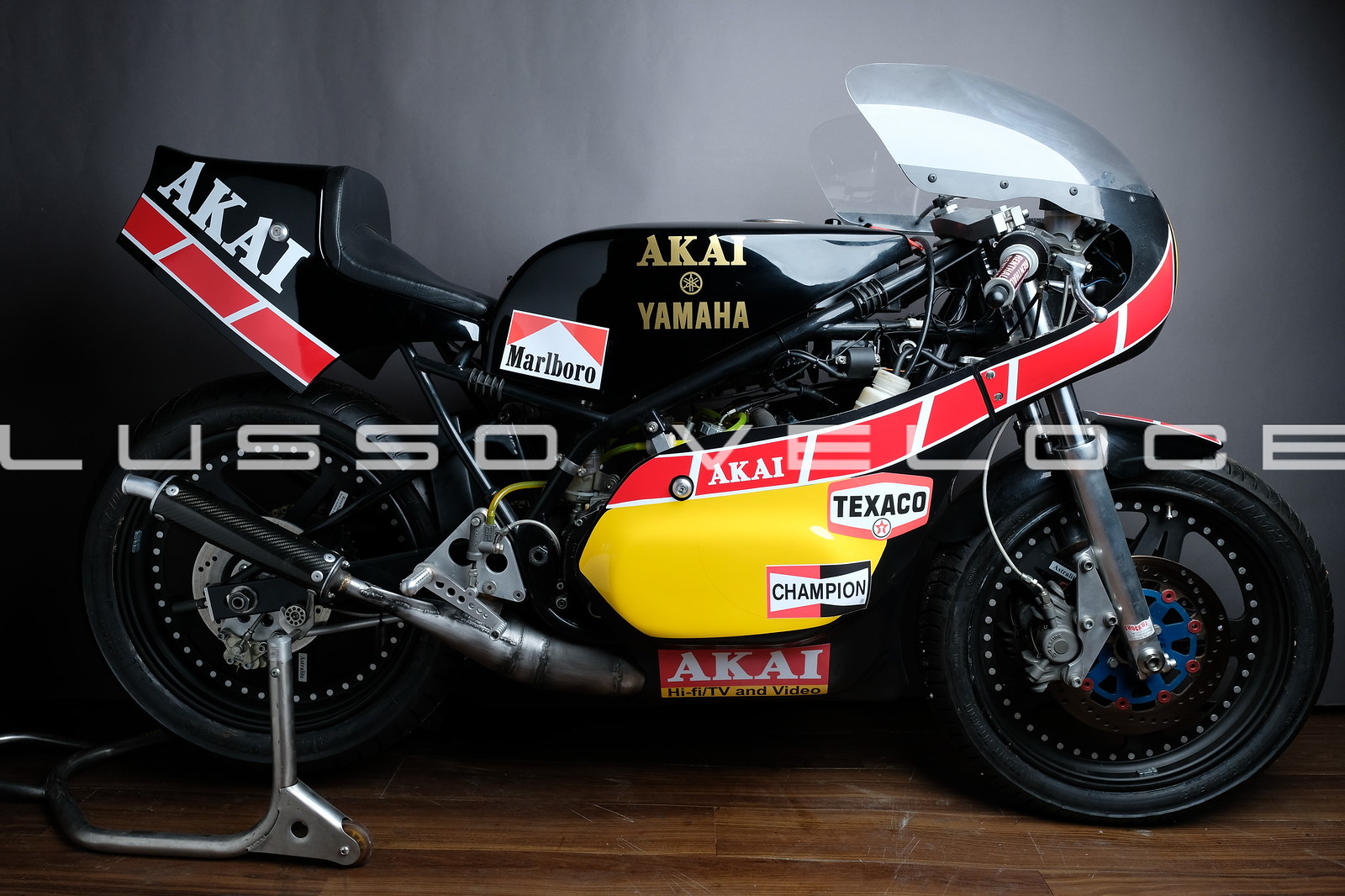 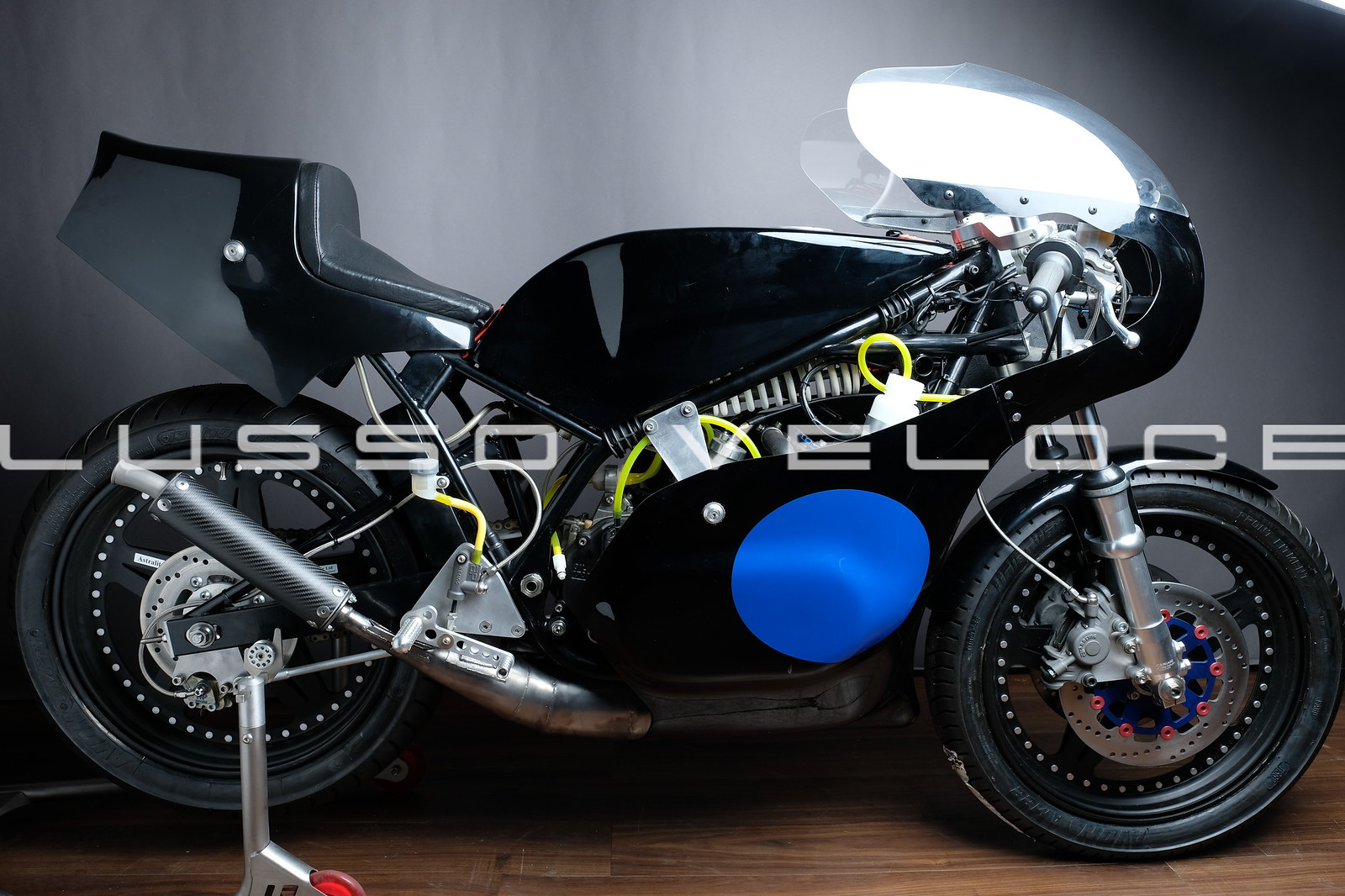 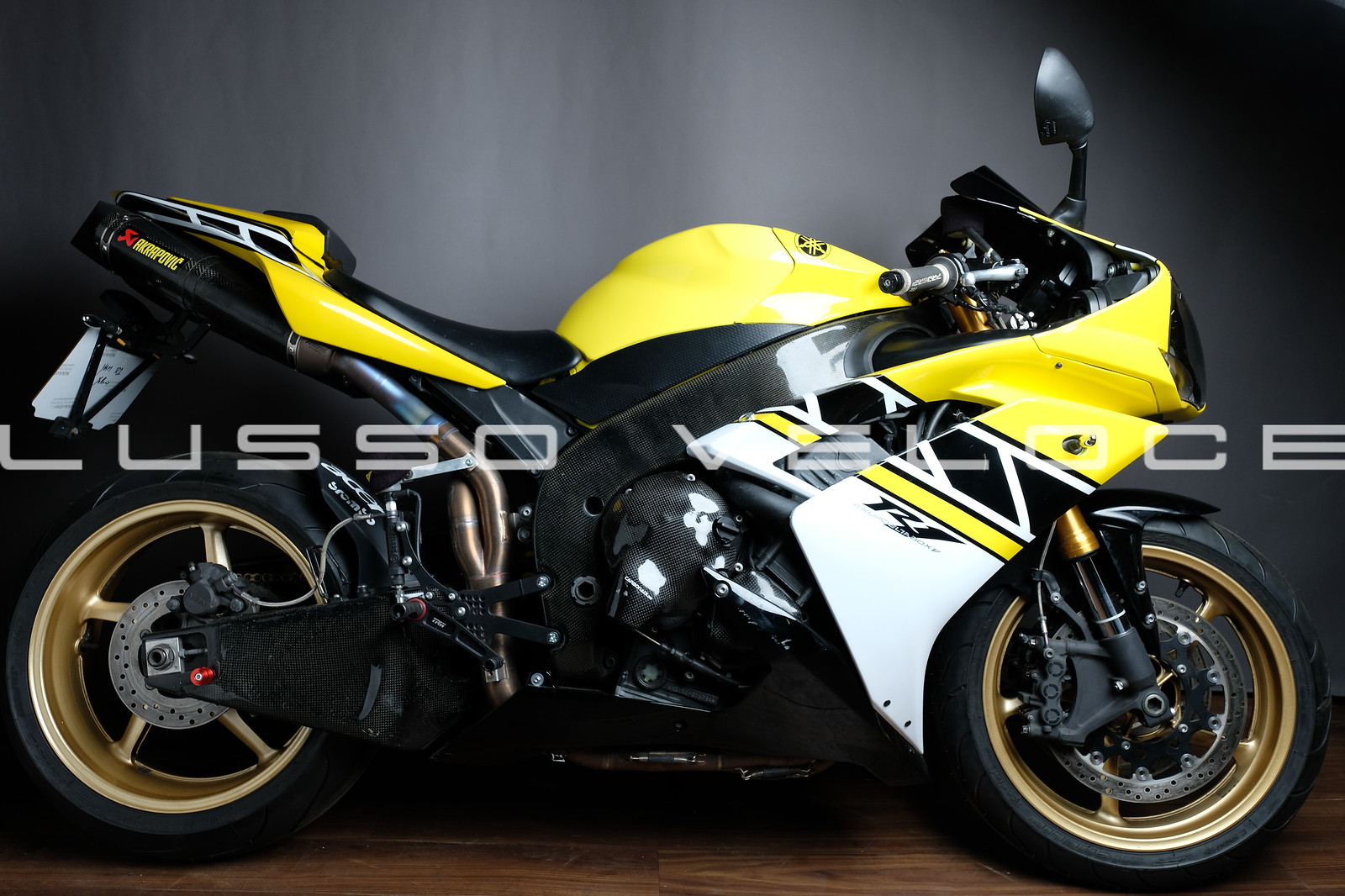 Yamaha R1 in the best colours and loaded with accessories